Lessons from Wuhan? The Politics of “Intelligence Failures” 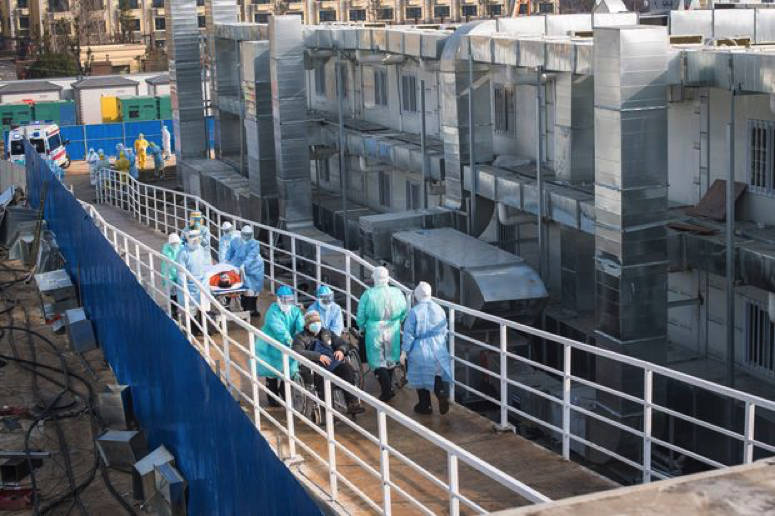 As the early history of the missteps in China last December, and the failure of the disease reporting system there to generate the necessary warnings of a new virus in a timely way, becomes clearer, the larger implications of the entanglement of expertise and political expedience are once again revealed. The Chinese doctors who treated the first cases of what we now know as COVID-19 were puzzled as to what it was, where it had come from, and how to report their anomalous findings. It wasn’t clear how infectious this new odd form of pneumonia actually was; but it was clear that it didn’t respond well to standard treatments. Politics clearly interfered to stifle their initial warnings, but the failure of clear communication and a lack of clear recognition of the larger implications of what was emerging, is also part of this story.

Alas this isn’t a new story; but one whereby warnings that are issued by competent people are ignored, misunderstood or misapplied to policy contexts where short term political calculations trump (yes that word!) wise policy decisions taken in time to head off future dangers. The converse is also, alas, something students of policy are also familiar with–the artificial construction of “intelligence” to justify dubious actions. Remember those weapons of mass destruction in Iraq? But in the case of COVID-19 the failures spread far beyond China; numerous other states failed to react in time; in the US the key national security office dealing with pandemics had been dismantled in 2018. Apparently, its expertise, and the carefully worked out playbook for dealing with pandemics, were surplus to political requirements.

The crucial lost weeks means that much of the clumsy, and in places, draconian policy response that is happening in the United States now, could have been avoided. The Taiwanese, the Koreans, and the authorities in Singapore managed so much better in those early weeks that there are obvious lessons to be learned, all over again it seems, about how to handle infectious diseases. But that said, the lessons are not necessarily easily transferable given the different demographics, economic structure and medical systems in different parts of the world. Yes, testing for the virus, contact tracing and isolation are key, but how they are best implemented may depend on the specific context. Geography matters! The United States is a sprawling confusion of jurisdictions, Singapore is a city state with an effective administrative structure. Drive through testing sites only work where most people have cars. Stay home instructions presuppose that people have homes to go to, and as the case of India now suggests, the most vulnerable are probably precisely those who don’t have homes, and once their work places are closed, try to walk back to their villages despite quarantine restrictions. It remains to be seen if the Swedish health system can emulate Asian experiences and keep most businesses running while containing the virus.

While there are some confused memes on the internet about the relationship between climate change and the COVID-19 virus, and clearly environment is at best only very tangentially related to causing this outbreak, the connections that do matter suggest three key lessons that need to be learned about intelligence and warnings for the future.

First, is the general argument that further expanding human disruptions of the natural world, and the increasing use in many places of live animal markets as a food supply increases the likelihood that diseases will jump from animals to humans, and once this has happened, international travel, by tourists mostly, is likely to spread these new zoonotic diseases faster than used to be the case. But as repeated allusions to the 1918 ‘flu pandemic’ make clear, diseases will spread unless they are actively contained effectively or treatments and vaccines that work are readily available.

Second, a much more important link between climate discussions and the spread of COVID-19 is that early warnings about the dangers of climate change have been widely ignored. Or at best, as in the Paris Agreement in 2015, acknowledged as a matter of concern but not a matter of urgency. As disasters aggravated by climate change caused weather disruptions, wild fires in California, floods in the mid-West last year, droughts in many places and those huge fires in Australia most recently, it is already clear that climate change is endangering societies in many places, and these disruptions have knock on effects elsewhere in the global economy.

Third, is the key point that the growth of COVID-19 virus illness across the world is a matter of exponential growth, and that while a small number of cases now might not seem to be something that requires urgent action, failure to act in the early stages means that once the virus is loose the number of cases mounts very rapidly. Flattening the curve is all about preventing the worst expansion of cases that uncontrolled exposure in a population will cause. The same point is one that climate scientists have been trying to make for decades now; the small increases in climate damage now are likely to compound in future if action isn’t taken to bend the curve on greenhouse gas emissions. It has never been the case that they thought 2 degrees of warming is only twice as bad as the one degree we have had so far. That’s linear thinking, not exponential thinking. Acting on climate is not something that can be postponed.

Is it too much to hope that these two lessons, of failure to heed technical warnings, and failure to understand exponential growth and its implications for societies facing future threats, will be learned in the next while? Societies have been mobilized to tackle this virus, but if the lessons aren’t learned soon, then returning to business as usual based on fossil fuels after the pandemic subsides, will lead us back onto the upward track of climate caused disasters, for which the cures, if we have time left to implement them, are likely to be extremely painful societal disruptions.