Will COVID-19 Keep Out of Africa? 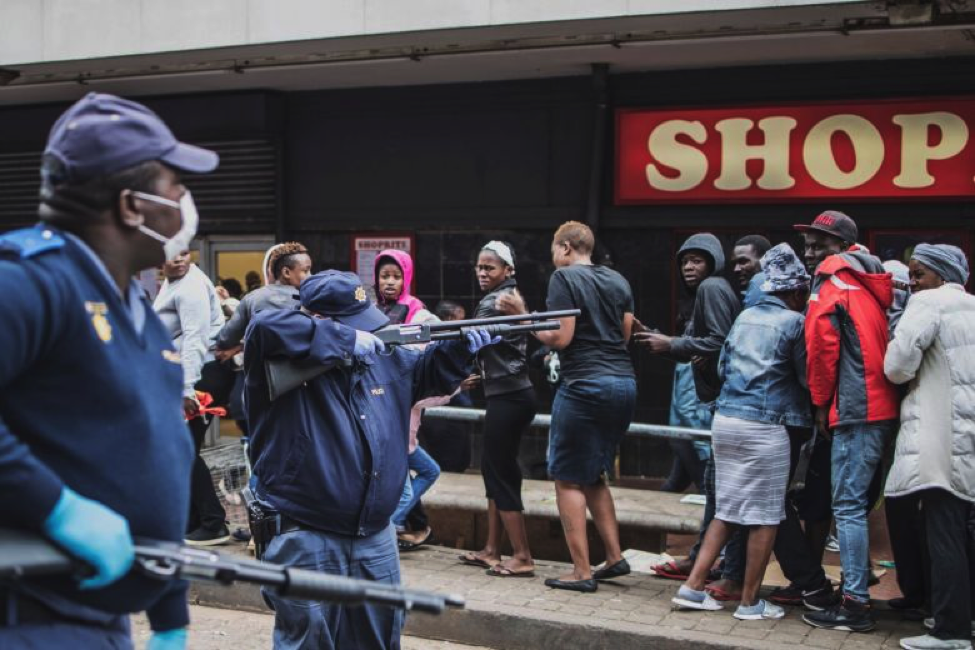 There is little doubt that the coronavirus has the potential to sweep through Africa with deadly consequences. Some have queried why it hasn’t done so already and questioned whether the relatively low number of infections is more a function of the lack of testing. Ironically, though, Africans have found borders to the Global North being increasingly closed to them in recent years for reasons unrelated to COVID-19. In November 2019, for example, we organized a conference at the Balsillie School in Waterloo on South-South migration. Four of our five African participants, all highly-esteemed academics in their own countries, did not receive visas to come to Canada. We were, it seems, caught up in an “unofficial” policy of tightening restrictions on all visitors from Africa. And it is not just Canada. The EU requires citizens of virtually every African country to obtain a Schengen visa in order to enter any member country of the Schengen Area. Thus, borders designed to keep Africans out have also helped keep the coronavirus out of Africa.

Data from South Africa shows that once brought from Europe by tourists and well-heeled South Africans holidaying in Italy, community spread is accelerating. Small wonder that some defiant South Africans in poorer communities have taken to calling it the “tourist sickness”. The coronavirus and COVID-19 could spread extremely quickly in Africa for three basic reasons. First, Africa’s own borders are extremely porous and cross-border movement — to buy, to sell, to visit – is commonplace. Countries will try and shutter their borders but this is a logistical nightmare since land travellers vastly outnumber airport arrivals. Second, Africa’s cities have been growing extremely rapidly. In many cities, a large proportion of the population lives in what are euphemistically called “informal settlements.” These areas are sprawling shack slums where poverty is rife, people live cheek-by-jowl, and basic services (like clean water and sanitation) are absent or wholly inadequate. These are not Chinese cities, where millions can be locked-down in residential compounds. They represent, instead, an ideal host for a contagious virus. As our keynote speaker at the South-South migration conference, Cecilia Tacoli, has written: “in crowded spaces, people are forced to share accommodation and – when available – toilets. Residents are constantly on the move, often travelling on packed mini-buses – to workplaces within settlements, between settlements, between the city and rural homes. Attempting to control this kind of movement would be extremely difficult”

Finally, the residents of African cities are highly dependent for income and food on the informal economy. There are no supermarkets and few formal sector food outlets in large sections of the cities. Our research shows that people depend on informal vendors and crowded city markets for food and, because income flow is small and irregular, people shop almost daily. Stay-at-home orders and ultimatums are recipes for hunger and food insecurity and are virtually unenforceable for people who need food. South African police have been firing rubber bullets at supermarket shoppers who were not social distancing and pepper-spraying customers at informal shops. Such draconian responses will not keep hungry people indoors.

The health-related consequences of rapid spread of COVID-19 in Africa are almost unimaginable. Europe’s well-resourced and modern hospital systems are collapsing under the strain. Those in Africa would quickly be overwhelmed. Kenya, for example, has a population of 44 million and only 518 critical care beds. Many other countries are even worse off. The brain drain of health professionals to the Global North has left many facilities under-staffed and most who remain lack the PPEs necessary to keep the virus at bay. South Africa has a first-world private health system but it services only a small proportion of the population and hardly anyone in the informal settlements and townships can afford the insurance premiums. Public hospitals were seriously overburdened long before COVID-19 arrived. Many residents of African cities have underlying conditions which, it appears from studies elsewhere, will make them more vulnerable to severe infection by COVID-19. Currently there is no definitive evidence that people with HIV are at greater risk of serious illness. But if they are, the prevalence of HIV, tuberculosis, and HIV-TB co-infection are extremely high in the southern part of the continent. Non-communicable diseases, such as diabetes, constitute a rising burden in sub-Saharan Africa as whole. The epidemiological evidence also suggests that COVID-19 is generally a relatively mild infection for children and a deadly killer for the elderly. Here, theoretically at least, there is some reason for optimism.

Africa’s burgeoning cities are primarily populated by young people and children. The elderly are, by and large, still living in (or have retired to) rural homes in the countryside. The most vulnerable demographic may inadvertently be self-isolating through being physically distant from the urban epicentres of the pandemic. However, there are reports in some countries of people leaving the cities (as they tried to do from Wuhan and northern Italy and are now doing in India) to ‘escape’ the virus. We have all seen how well that worked out for the rest of Italy. Migrants trying to leave South Africa are being turned back at the border but there are fewer barriers on movement within countries if people decide they are better off away from the urban hotspots. Even if Africa’s cities don’t empty, the reality is that urban-rural links are still very strong in most African countries and there is a continuous flow of people and goods backwards and forwards between town and countryside. COVID-19 will likely ride in the taxis and buses out of the cities and penetrate deep into the countryside where the most vulnerable live and where health facilities are even more rudimentary. In time, the bells may well toll loudest in the rural areas of the continent.