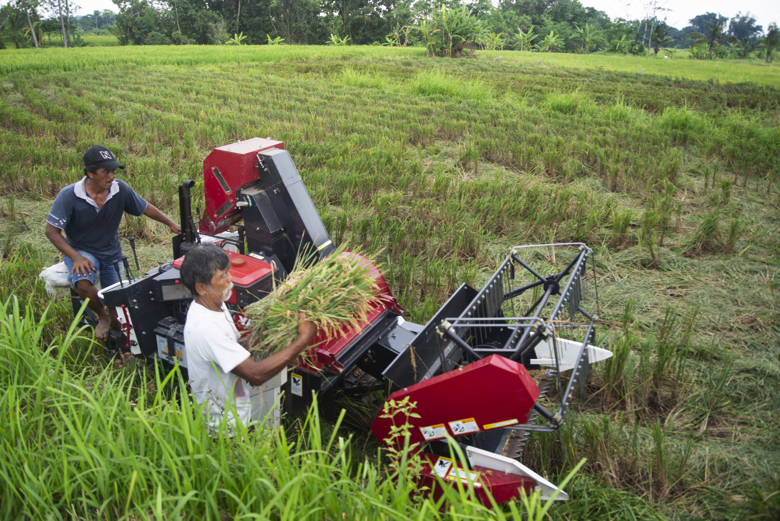 In times of a pandemic and the accompanying economic crisis, food security is a key concern for governments throughout the world, including Indonesia. As the first level of Maslow’s hierarchy of needs, the availability as well as both physical and economic access to food must be guaranteed.

The increase in agricultural trade has helped countries fulfill their population’s diverse dietary demands more efficiently. The United Nations’ Food and Agriculture Organization (FAO) estimates that global agricultural trade more than tripled in value to around US$1.6 trillion from 2000 to 2016. For Indonesians, that means we get to enjoy garlic from China, beef from Australia and our beloved tempeh made of soybeans from the Unites States, while the rest of the world gets to enjoy Indonesian coffee, chocolate and palm oil.

The COVID-19 pandemic has caused major disruption to world trade, including in food and agricultural products. Production has slowed down, transportation and logistics have become a challenge, distribution channels are obstructed as borders have been shut. Now countries have to carefully strategize how to ensure their own food supply, not only to get through the pandemic but also to control inflation. This is certainly true for Indonesia, which still struggles with hunger at a “serious” level, according to the Global Hunger Index 2019 report. Food shortages or food inflation will harm the population, especially the vulnerable poor, who even on normal days can spend up to 60 percent of their income on food. On top of everyone’s mind is the question, do we have enough food for everyone to last us through the pandemic? The answer is yes, if we work together.

The latest FAO inventory on cereal supply and demand released in March 2020 assured us that the global cereal market in 2019/2020 was expected to remain well supplied. For the interest of Indonesians and other rice-eating countries, there is a surplus in world rice stocks. The FAO also stated that the outlook for other major staple crops in 2020 was positive. At face value, food security will not be an issue for all of us throughout 2020.

However, the corona crisis undoubtedly brings other complex issues to food security, namely with regard to global coordination and trade. We are facing a situation not unlike the classic game theory scenario in which countries can either lower or keep/increase their trade barriers. This hypothetical situation is transpiring in real life as each country assesses its own food stocks. In the game theory example, both players (countries) are better off if they all lower their trade barriers.

This is also true in real-world situations. Exporting countries should continue to export their commodities, and importing countries can also help facilitate that by lowering trade barriers. This will encourage global food and agriculture trade to continue, even with logistical challenges. Extra precautionary health measures will be necessary to ensure workers throughout the value chain stay healthy, but it should not put a halt to the trading activities. FAO chief economist Maximo Torero has warned that “the worst that can happen is that governments restrict the flow of food… Now is the time to protect the flow of food around the world.”

The global cooperation we need is potentially at risk now with countries scrambling to mitigate the pandemic in their own countries. Vietnam has ordered a temporary suspension of new rice export contracts due to fear over domestic supply. In 2018, Statistics Indonesia data show, Indonesia imported 767,180 tons of rice from Vietnam, or 34 percent of total rice imports. India’s government has permitted its major ports to halt some operations due to the coronavirus. Indonesia imports onion and bovine meat from India and has made deals to import 130,000 tons of sugar in early 2020 to fulfill demand. Closing of exports can potentially cause a global food crisis because of the arbitrary supply shortage and an immediate increase in global food prices.

Meanwhile, Indonesia wants and needs to import other food commodities, but is still struggling to import because of our self-imposed protectionist policies that cause costly delays. As a case in point, Indonesia’s sugar, garlic and onion imports have been delayed by import restrictions, causing prices to skyrocket. With the volatility of the global food market and with the rupiah exchange rate weakening to over Rp 16,000 per US dollar, the delay in processing imports this time can cause significant costs for the government, thus depriving it of funds that would be better used for medical supplies and testing kits.

The government has recognized this handicap, which is why the Office of the Coordinating Economic Minister, in cooperation with the Trade Ministry and the Agriculture Ministry, has temporarily relaxed import licensing requirements for eleven strategic food commodities, including garlic and onion.

The current situation is almost reminiscent of the global food crisis of 2007-2008 after India and Vietnam banned their rice exports, which led to panic-buying in the Philippines, despite the positive rice production and stock numbers. As a result, the rice price nearly tripled between October 2007 and April 2008. The World Bank estimates that the crisis drove over 130 million people into poverty and left another 75 million people malnourished.

Now, in the midst of the COVID-19 crisis, we cannot afford another food crisis. Countries must work together to ensure stable food supply for everyone as we face the pandemic. For Indonesia, that means lowering our trade barriers for imports. Even in the worst-case scenario, namely that other countries do not cooperate in global trade, Indonesia can still benefit from faster imports that allow us to buy when prices are still low. Lowering trade barriers can also help Indonesia diversify import sources to hedge the trade risks if other countries decide to stop exports.

This blog first appeared at https://www.thejakartapost.com/academia/2020/04/04/preventing-global-food-crisis-caused-by-covid-19.html and is reposted here with permission.