The New Security Agenda in the time of COVID19 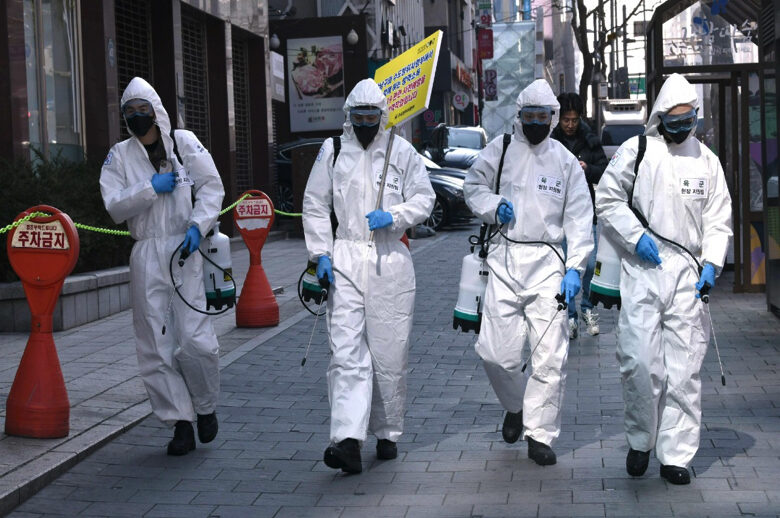 The Covid19 pandemic has raised numerous questions about what it means to be secure, and how policy makers determine threats to security. The pandemic got started because local officials in China failed to understand the significance of the new disease when doctors first started to discuss it and invoked notions of security more concerned with local regime control than public safety. The Trump administration had dismantled the key national security office dealing with pandemic warnings, and once the warning had found its way through the bureaucracy, then ignored the playbook that had been prepared by the previous administration. Disease apparently presented no threat to national security; in neither place was it understood in traditional terms as an external threat to domestic politics. The consequences of these failures to think about security in sensible ways are a rising death toll around the planet, and economic chaos practically everywhere.

Blame games, calling the disease the Chinese virus, or the tourist disease, as it is sometimes now known in Africa, once again interpret dangers in terms of convenient but misleading geographical designations. After the cold war the distinctions between internal and external dangers and between policing inside and military action abroad quickly got blurred in numerous states. Beyond that it also became clear that most of the threats that states had to be prepared for were things that they faced in common, only some of the dangers are from evil doers based abroad. Most of the dangers, from disease, economic disruptions, terrorism, climate change and such things as unsafe foods can’t be dealt with by traditional policy tools of militarily keeping the bad guys out. Instead cooperative actions and common standards agreed to by trading partners are what is needed. Over the last few decades this has shaped an ongoing discussion of what is sometimes called a “new security agenda”, of common shared problems that don’t fit into simple patterns of national boundaries has emerged, and nowhere is this clearer than in the case of pandemics. But much of this progress has been forgotten in recent years with the rise of nationalist rhetoric.

The pandemic politics and the finger pointing and blaming either the Chinese, or WHO, or the Trump administration, going on in the media obscures the most obvious point of all: Health needs to be dealt with as a global security problem. What is needed to deal with pandemics are robust public health systems and an international effort to consistently fund research into vaccines and treatments that work to contain and eliminate some of the worst scourges that still plague humanity. Much of the politics in the last month has operated to obscure this basic point; the failures are many, and reasserting old notions of nationalism and scapegoating either foreigners, or minorities within borders, makes everything more difficult in terms of dealing with this pandemic, and the next one that will surely arise in the future.

Arguing about whether authoritarian regimes or democratic ones are best at dealing with pandemics is also missing the point. China’s communist regime badly fumbled the initial response to the disease and had to impose draconian restrictions to recover from its initial mistakes. If one considers South Korea and Taiwan as democracies then they have done well in constraining virus spread. Other democracies, the United Kingdom and Italy in particular, not to mention the United States, have responded poorly. Once upon a time democratic Philippines has responded in an authoritarian manner that may seriously accelerate the spread of the virus. Democratically elected communists in Kerala seem to be doing much better than elsewhere in India. In Cuba, which has a the notionally communist government, long reviled and sanctioned by the United States, there is a health care system that is exporting expertise and equipment to help deal with the pandemic. Ideological arguments are mostly beside the point in terms of why people are dying and what needs to be done, in either the short term to reorganize economies and health systems so that they are not so vulnerable to further disruptions, or in terms of the long term establishment of a reliable global health system. The new security agenda points clearly to the need to fund and support the international health regulations that were established a decade and a half ago in attempts to prevent pandemic spread.

Trust in authority is also clearly important and that too varies widely across societies. Trusting government good intentions regarding diseases is often hard to do in situations where violence has been used in the recent past. Efforts to tackle Ebola in various African countries in recent years have been made much more difficult by local politics and militia actions against agencies seen as the tools of a government whose remit isn’t considered legitimate. Recent histories of violence or discriminatory behaviour by ruling elites and their military enforcers act to undermine that trust and hence willingness to follow guidelines that may seem arbitrary. Given the failure, or in places the non-existence of public health efforts in many places using military forces to quarantine populations has been attempted. But in many places the military is seen as a security problem, the imposition of power by distant rulers, rather than an aid to local populations.

What is needed is a good global public health system and some method of getting politicians to support the doctors who deal with the practicalities. What matters most in dealing with pandemics is careful testing, contact tracing and isolation combined with effective support so that people can stay isolated for long enough to break disease transmission. This is the key and it works regardless of notionally democratic or authoritarian governments. Chronic underfunding of medical research into the most dangerous threats to humanity, and a failure to follow through on programs designed to prepare for future eventualities, is at the core of the current scramble to respond to this pandemic. As policy makers ponder how to restart economies in the next while they need to think very carefully about how to fund a robust global health care system; that is the key to the new security agenda now that the consequences of a decade of neglect of global health policy planning has become abundantly clear.