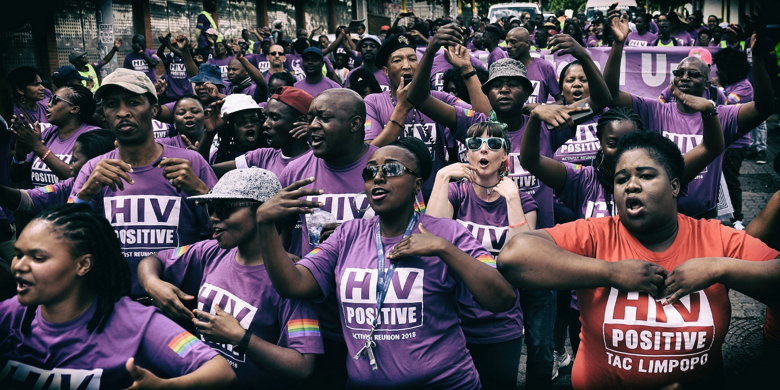 The COVID-19 pandemic is generating multiple waves of unprecedented global impacts. Epidemics in Europe and the United States are currently in their exponential growth phase, following declines in infection rates in China, South Korea, and Japan. We have not yet seen major epidemics take off in South Asia, Latin America and Africa south of the Sahara—where governments, health and food systems, communities, and households have limited capacity to respond. But we do know they will take off. Very soon.

In the first decade of this century, we learned a lot about how the AIDS pandemic interacts with food and nutrition security—including how food insecurity could heighten the risk of exposure to HIV in several ways. We learned more about the upstream risks, including how undernutrition weakens the ability to cope with HIV infection, leaving those with HIV less able to delay and resist the worst effects of opportunistic infections that can kick in several years after acquiring the virus. And we learned about the different types of downstream impacts of HIV and AIDS on households and communities in hard-hit areas—and the types of responses that mitigated these impacts.

AIDS epidemics are long-wave phenomena. In fact, there have been several waves: The first wave of HIV infection in the 1980s was followed by increased incidence of opportunistic infections and, several years later, by the third wave of AIDS disease and death. Beyond this, depending on a host of variables, there was a fourth wave encompassing a stream of economic and social impacts at the household, community, and national levels. With regard to COVID-19, the timeline is compressed significantly, with three waves—of infection, illness, impact—the first two separated by just a week or two.

We are among the contributors to a considerable body of work on the HIV and AIDS epidemics and food and nutrition. In our view, there is much to learn from AIDS as we confront COVID-19—but there are also critical differences. One is that, wherever they occur, COVID-19 epidemics are massive short-wave shocks that will generate long-wave impacts. These impacts will manifest in different ways in different contexts for many years to come. How we respond to the first wave will determine the capacity of health and food systems to cope, to keep people alive, and to buffer impacts on livelihoods and the food and nutrition security of people who depend upon them.

In this post, we discuss some important questions about food and nutrition, and about equity, as the pandemic begins to accelerate in lower income countries.

Who is at greatest risk?

We don’t know enough about what drives personal risk of a severe infection, although age and certain preexisting conditions are key factors in the north. Populations in the south are, on average, significantly younger than those in Europe and North America, but it is the elderly who are likely to be at highest risk.

We do know a lot in general about nutritional status and immune health. Half a century ago, the term “nutritionally acquired immune deficiency syndrome” (NAIDS) was first used. Malnourished individuals are more likely to have severe COVID-19 symptoms, possibly requiring hospitalization. These vulnerabilities can be driven by undernutrition or by overweight and obesity. Intensive care data from the United Kingdom suggest that obese adults are at higher risk of severe symptoms from the disease. The immune systems of people with obesity are chronically activated to respond to cellular damage caused by inflammation. Physically, obese adults also have a harder time dealing with pneumonia, as excess weight can compromise the ability of lungs to take in oxygen. Obese adults are more likely to have poor cardiovascular health and less likely to be physically active—both factors potentially compromising immune health. And there are other possible interactions with non-communicable disease such as diabetes that are being explored as more data become available. COVID-19 also has important implications for people currently living with HIV and/or tuberculosis, including the critical need for testing and adherence to treatment protocols.

Where do they live?

COVID-19 is a respiratory disease that spreads rapidly in overcrowded contexts where many people are in frequent close contact, especially in insanitary conditions—for example, an urban slum or a refugee camp. The virus is 2-3 times more infectious than normal flu.

Urban slum populations are more likely to be sedentary, and to be exposed to air pollution that both adversely affects lung health and the ability to deal with severe respiratory disease. Urban populations are also more likely (than rural) to consume ultra-processed foods which are widely available and known to significantly increase the risk of obesity and other non-communicable diseases.

We don’t know much yet about the ability of the virus to thrive and spread in tropical environments. Ecological niche models—developed to project monthly variation in climate suitability of COVID-19—suggest the virus may prefer cool and dry conditions (similar to its predecessor SARS-CoV), though this remains a hypothesis.

Given the links between COVID-19 epidemics and the livelihoods, food and nutrition security of the poor in lower-income countries with relatively weak healthcare systems, we can expect the disease will have serious impacts. As with the AIDS pandemic, the conditions exist for vicious cycles of upstream risk and downstream effects, particularly for the ultra-poor.

Most immediately, COVID-19 has already generated a massive global economic shock. In general, economic downturns and recessions (whatever the cause) hit the poorest households hardest via numerous pathways (higher food prices, less purchasing power, reduced ability to stockpile, higher risk of losing jobs, lack of safety nets, ability to access and afford treatment and care, etc.). Workers from poorer households cannot afford to take time off work if they are feeling unwell. There are multiplier effects—a recent multi-country study in Africa south of the Sahara and South/Southeast Asia found that responses to health shocks by people in poverty who did not have health insurance or access to healthcare included distress sales of assets and widespread exploitation by informal moneylenders. This was also a common response to AIDS shocks.

Second, COVID-19 is already having a major impact on supply chains and logistics, both for producers and consumers—as evidenced by closed borders, national lockdowns, and the reduction in air traffic. We believe this will have many adverse effects on food and nutrition security, especially in the global south.

Finally, a wave of deaths among grandparents and the elderly may significantly impact the care of young children, especially among the poor reliant on informal sector jobs. This in turn may raise their risk of becoming malnourished.

Another overarching lesson from the AIDS crisis was the need to engage actors from many disciplines in a comprehensive multisectoral response that revolved around strengthening community and state capacity to respond, both effectively and sustainably. The same will apply to COVID-19. A day is a long time in this pandemic, as everything is moving so fast—but we have to apply these lessons now.

Turning to the health system and the immediate response, proven preventions being deployed in the global north comprise social (or physical) distancing, testing, tracking, and quarantines. As a March 26 Economisteditorial observed: “Without a campaign of social distancing, between 25% and 80% of a typical population will be infected. Of these, perhaps 4.4% will be seriously sick and a third of those will need intensive care. For poor places, this implies calamity.” On the same day, Imperial College, London published a paper on the global impact of COVID-19 and strategies for mitigation and suppression, employing modeling data from 202 countries. Doing nothing to combat the virus would lead to around 40 million deaths this year, the report said—a higher death toll than four decades of the AIDS pandemic. Social distancing could halve this, but will require a monumental effort in urban contexts in the global south. Health systems could be quickly overwhelmed.

Finally, COVID-19 presents major issues for food systems. As with all responses, the state needs to play a leading role. But the crisis also raises questions about the role of the private sector in buffering food and nutrition impacts on poor households, especially in urban areas. Seven years ago, the eerily titled paper “Profit and Pandemics” spotlighted the products and practices of transnational food companies and the massive damage being wrought by ultra-processed foods in the global south. Since then, we’ve learned a lot more about the harm these foods cause to nutrition and health—harm that may translate into greater risk of severe COVID-19 disease for millions. Just as they were in the era of AIDS, human rights advocacy and activism will be key in turning back the COVID-19 epidemic, and to defining a new future that goes well beyond “business as usual.”

This blog first appeared at https://www.ifpri.org/blog/lessons-aids-epidemic-how-covid-19-may-impact-food-and-nutrition-security and is reproduced here with permission.