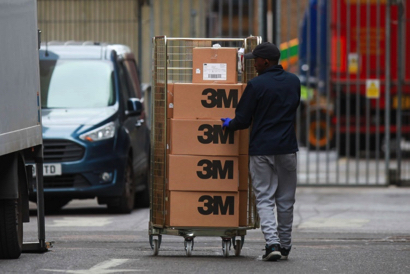 We live in an interconnected world, one that is linked together in all sorts of complicated ways, as the COVID19 pandemic is illustrating all too clearly these days. The first instinct in dealing with dangers is to run away, or if running isn’t possible then erect a barrier to keep the threat at bay. But as we are all learning these days in many cases distancing just doesn’t work like this. It does for individuals who have to stay home so they don’t spread the virus, or for those who stay home so they don’t interact with others who may be infectious. But beyond this and the obvious related point that washing hands before you touch your face keeps the virus out of your system, the assumption of separation as a strategy for safety doesn’t work much of the time. This lesson too is being learned once again as quarantine is attempted as a tactic to control virus spread; in many cases imposed too late to be really effective.

Borders are President Trump’s favourite policy tool for dealing with practically everything; sometimes they seem to be his only policy tool. In his speech to the United Nations in September 2019 he proudly boasted that the future belonged to patriots, not to globalists. Most cases of quarantine are attempts to get people to stay where they are to stop disease spread. But now similar tactics of invoking border controls are also being used in trying to control the movements of medical supplies. In early April Trump told the 3M company to stop exporting personal protective equipment, what we have all learned to call PPE in recent days, from the US into Canada where it is needed too. Apparently America first applies, and who cares what happens elsewhere in this crisis. What he didn’t seem to realise is that the paper related product that is a key raw material for PPE manufacture, comes from, well Canada, as it happens. Or to be more precise from the one paper mill in the world that makes the appropriate grade of paper from western cedar wood chips near Nanaimo in British Columbia.

As the case of the 3M products suggests, the world doesn’t work in neat separate boxes; supplies have to move often over great distances if modern production systems are to make things. The supply chains that link raw materials, processing plants, manufacturing and distribution are a complicated matter of finance, scheduling, logistics and transportation, ships, trucks, trains, and in many cases airplanes that link markets, warehouses and hospitals through complicated contracts and sourcing arrangements that, in routine circumstances can schedule deliveries just in time. These are a matter of efficiency in monetary terms which reduces the need to store large amounts of equipment, and in theory reduces the costs of the whole system by buying what you need when you need it, and not tying up cash by holding large inventories that has to be paid for long before you actually use it.

But these are not normal times and the difficulties of supply have been compounded by numerous corporations and jurisdictions all scrambling to get their hands on needed equipment simultaneously. With bidding wars and some reports even claiming that there are American efforts to divert shipments to various parts of the world and appropriate them for use in the US, then clearly the global health system is broken. This situation is especially serious for developing countries with less financial capacity to bid on essential supplies that are now difficult to come by. Being prepared for emergencies involves stockpiling and pre-positioning key equipment and supplies, a matter of paying in advance and storing things. Redundancy and duplication as well as having large inventories of key equipment may be more expensive, but they are precisely the kind of sensible precautions needed to deal with health emergencies, even if these aren’t the most cost efficient way of doing things in normal times. While affluent societies can scramble to source what they need on international markets poorer societies in Africa and Asia facing multiple simultaneous crises are doubly disadvantaged.

The environmental dimension of this is interesting too because the safety equipment made from materials from the Canadian pulp mill are frequently single use items. Wear it once to deal with one patient, then take it off and dispose of it. This is the current way of dealing with contamination and trying to ensure that the virus is not transferred from case to case, or from patients to medical personnel. But as with so many other environmental matters these days the use of disposable single use items puts huge pressure on the resources needed to continue to supply those materials. In the case of disposable masks and gowns these put indirect pressure on the forests of British Columbia, where the cedars are, in places, already stressed by warming summers and drought conditions caused by climate change.

While preventing infection spread is key to limiting the damage done by this virus, the huge volume of single use disposable equipment that demand a constant stream of materials from distant places, and frequently from across numerous borders is making hospitals rethink their contamination prevention procedures. If novel forms of hygiene protocols, sterilization and decontamination are available that allow for the reuse of gowns and masks then supply problems could be drastically reduced. And the need to source them from great distances would likewise cease to be such a problem. Just in time delivery could be partly replaced by just in time on site decontamination. That might require the further use of chemicals, and perhaps new but different issues of waste disposal, but the vulnerabilities to long supply lines, trade disruptions and the environmental consequences in distant forests would be reduced, making us all more secure in some key senses.

Crucially what all these long distance connections, and the disruptions due to panic buying and appropriating supplies show, is the need for a robust global public health system, and with that a coordinated system for moving essential supplies to where they are most needed in a timely way. This pandemic may finally drive home the need for this, and for much more coordinated long term planning for vaccinations, treatments and research, not least into new anti-biotics and other medicines neglected by the short-term and/or profitability foci of private corporations. We live in an interconnected world and its time public policy took this seriously. Because if not a future dominated by the kind of “patriots”, who think that using wealth to divert medical supplies is appropriate behaviour, promises a very insecure one for all of us.