COVID-19-measures, daily labourers and their nutrition 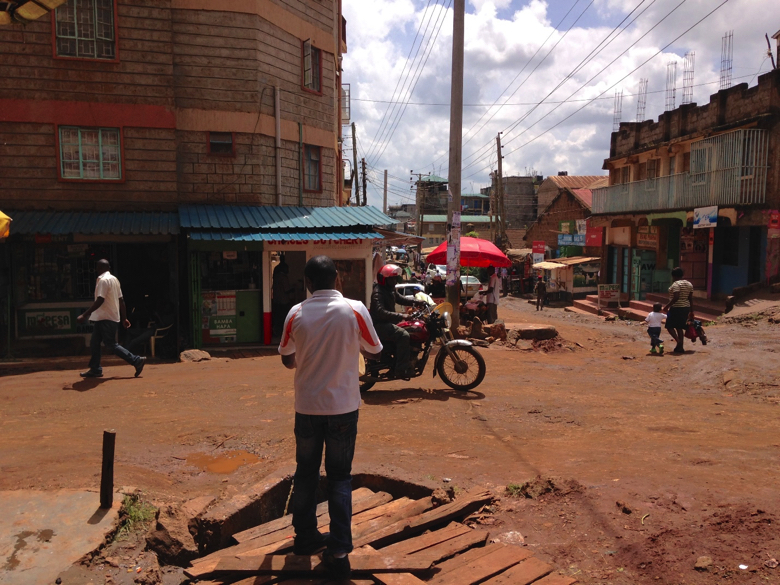 Drive along any major road connecting an African city with the hinterland early in the morning before sunrise. Each city has its distinct character; it looks, feels and smells unique. Each comes with its own beauty at that time of the day. But there is one thing many cities have in common: women and men queue at bus stations. They travel by foot. They ride bicycles or motorbikes towards town. Thousands of people streaming from the city boundaries, informal settlements and townships to the industrial areas, downtown and residential areas in the pre-dawn hours. Regardless of whether you are in Harare, Johannesburg or Nairobi, many of those you encounter are moving towards their workplaces – factories, restaurants, petrol stations, construction sites or someone’s home. And many of those who commute are daily labourers. In case of a total lockdown in response to COVID-19 in these cities, none of them will get to work. This would not only severely impact the laborers and their families, it would inhibit the ability of the city to function at all.

But the potential impact of a COVID-19-related shutdown on day laborers differs by country. One important factor is the ratio of farm to non-farm income. In Africa, some 58% of the employment is generated through agriculture, though this share is declining. Even so, in some parts of the continent the share of people in agriculture is still above 70% (Mozambique, Tanzania, Ethiopia, Niger). On the other hand, in South Africa, for example, agriculture will generate less than 9% of employment by 2023. As a rule of thumb, the less the share of the population employed in agriculture, the higher the likelihood that people walk to work – like those you see in the early morning in cities. Many of the daily labourers work under informal employment arrangements: They are unprotected by labour laws and employment acts and without social protection, such as sick leaves, health insurance, unemployment benefits or pensions. When public water supply goes down, they must organize themselves.

Many daily labourers’ earnings are at or below the poverty line. These people are often categorized as ‘working poor’ who hardly earn enough to feed their families. ILO estimates that by 2023, the working poor will account for an average of 30% of people across the continent. Many lack savings. They can neither afford to hoard food nor prepare for supply chain disruptions in the future. They aren’t those exhibiting panic buying of foods. Many of them spend on food what they earn on that day. A large share of household income – in the informal settlements of Nairobi, up to 75% – is spent on basic staples like bread, chapati, tea and carbohydrates, in most cases maize-based ugali.

It is important to understand the huge implications that drastic COVID-19 measures could have for daily wage labourers if not managed or mitigated appropriately. The ripple effects of consumption shortfalls can have devastating effects on human health. Dietary diversity among daily labourers is low – and they have high energy demands (they walk long distances and work long hours, many at physically demanding jobs). Research in Nairobi, Lilongwe and Bulawayo suggests that the dietary diversity score of people in high-density areas – many of them are daily laborers – is already low. They consume five out of ten defined food groups. In other words, daily wage labourers work hard and eat poorly.

Sudden disruptions of cash flows in households are likely to cause further decline in the dietary quality and diversity of the working poor and others. People will also have to cut down on quantity: Skip meals, eat less. One immediate consequence will be that healthier food groups in the diets will disappear – vegetables and fruits will go first as they are less filling and more expensive per kcal. Eating anything more expensive, millet instead of maize, will become impossible for many.

As the quality and quantity of food inputs decline, the susceptibility of humans to diseases simultaneously increases. The immune system is less capable of managing infection. This is a dangerous proposition in the face of COVID-19. So, while the middle and upper class prepare for a COVD-19 outbreak with the standard advice – sleep and eat well, work from home, people with little income have no such option, and are at high risk for diminishing vital bodily and mental resources.

These days, the importance of social safety nets to protect humans from welfare losses cannot be overemphasised. Safety nets are supposed to provide safe landing when people fall below the welfare threshold. Some approaches focus on cash transfers, others provide food, including food for schools, which in many countries are closed (including in Kenya).

Drastic COVID-19 measures will limit mobility and therefore leave many people without the ability to report to work – and daily labourers will feel the impact instantly in their pockets. Robust, well-targeted safety nets, therefore, will be extremely important for people without a formal contract and work arrangement.

All around the world, COVID-19 will become a stress test for social safety nets, including in industrialized countries, such as the USA. For example, the FNS (Food and Nutrition Service) of USDA re-organised its child nutrition program to cater for children whose schools are closed as a consequence of COVID-19 related shutdowns.

Employers who can afford to will continue payments to daily labourers in the event of a lockdown. In Johannesburg some employers and workers are in an open conversation on how to pay them during the time of isolation. But many other employers won’t have the resources to consider this option. In Mathare, a large informal settlement in Nairobi, the implications of lockdown for people without access to social protection could prove disastrous. First, people cannot access available food because they lack the income. Second, informal shops will close – a food access problem then quickly turns into a food availability challenge.

There may be a significant movement back to rural areas where there may be at least the promise of better food access. But this will not prove true in a country like Zimbabwe, where crop production during the last season was extremely poor. And it may not be possible in Kenya during a lockdown.

People will then depend on informal social networks and their extended families in order to subsist during a possible shutdown. Some businesses are already anticipating hardships and taking small but helpful measures. For instance, Safaricom waved the transaction cost for mobile money for small amounts to enable cashless payments, this will also support small cash transfers within family networks.

If the virus hits Africa as hard as Europe or North America, the effects will be felt at large scale. The WHO has rightly warned of the alarming effect a potential spread of COVID-19 would have on people, health and the economy in Africa. But it’s worthy of note that even without the spread of the actual virus, simply putting in place drastic public health measures meant to control it will impact on the economy in ways felt by many. And that impact on the economy, coupled with the inability of daily labourers to walk to work, could become an unprecedented challenge across Africa.

Is there a possible way forward? The state could pay compensation in proportion with the loss incurred by each citizen who has become unemployed due to layoffs by informal employers. Overall the result would be a huge state deficit – in Europe, Macron and other leaders have publicly stated that they will do “whatever it costs,” and in the eurozone the max 3% deficit rule has been withdrawn because of the crisis. This is a huge change in policy.

For some countries in Africa, another policy to test would be universal basic income for all. This will not solve a possible food availability problem, but it could provide instant monetary and mental relief to those living at the absolute poverty level.

Compared to Europe, African governments have implemented COVID-19 control measures (closure of schools and offices, physical distancing, restricting mobilities, and quarantines), relatively early. It will be equally important now to prepare mitigation measures and social safety nets for possible large-scale operations in and around African cities. If these are for whatever reason not needed, all the better – the newly created structures will serve people well in the post-COVID-19 era. But if they are needed, they will potentially mitigate consumption shortfalls and the inherent negative long-term effects of the loss of wages on millions of people.

This blog was originally posted at https://mhauser.at/?p=2088 and is reposted here with the author’s permission