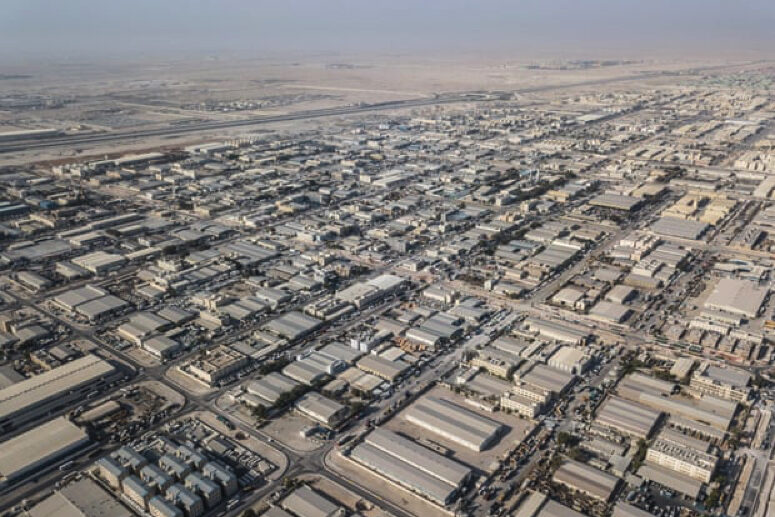 In a few short months, COVID-19 has fundamentally disrupted the international migration regime. Medical experts constantly emphasize that the coronavirus is highly discriminatory, wreaking havoc among an older demographic and those with pre-existing medical conditions. But there are other populations at high risk of COVID-19, not because of their age and health profile but rather their precarious social and economic situation. Over-crowded refugee camps are particularly vulnerable to rapid transmission of the coronavirus, as are many of the other urban spaces where large numbers of migrants congregate in urban slums and residential compounds (such as mine hostels in South Africa and construction worker barracks in the Gulf). In Singapore, which has garnered praise in some quarters for its coronavirus control measures, 20,000 migrant workers are currently locked down in cramped and over-crowded dormitories.

In 2019, there were an estimated 280 million international migrants, 160 million migrant workers and 70 million refugees living in other countries. All these forms of migration are being profoundly disrupted by state responses to the pandemic. The most immediate impact is the way in which containment and mitigation strategies have clamped mobility, hardened borders, cut transport links between origins and destinations, shuttered migration corridors at both ends, and locked migrant workers in place, often far from home. In Qatar, for example, thousands of migrant workers are locked down in their barracks, no-one can leave and, with airlinks cut, no new workers can arrive.   Prior to COVID-19, the general global policy drift was away from seeing migration as an aid to development towards higher border, tighter controls, and harsher enforcement. The pandemic’s legacy is likely to be enhanced controls not greater freedom of movement. According to some reports, the Trump administration is already using the pandemic as an excuse to further intensify its hard-line immigration policies.

The pandemic has put a sudden and dramatic hold on all current and immediate future migration movements. Immigration to Canada, at around 250-300,000 per annum in recent years will likely plummet in 2020, as will the in-flow of international students and temporary workers. This scenario will be repeated across the globe. In the Gulf States, for example, the flow of contract workers from countries such as Nepal, Bangladesh, India and the Philippines has come to a shuddering halt. The IOM has provided us with a visual representation of mobility restrictions which clearly shows the extent of border closures globally. Temporary work programs may recover and may lead to even greater mobility for health professionals but not before the coronavirus is vanquished and not before there is a massive global economic recovery.

Many migrants work in low-paid, precarious and exploitative jobs in countries of destination and in sectors which are bearing the brunt of closures and lay-offs including manufacturing, commercial agriculture, mining, hotel services, and construction. India’s lockdown has seen mass unemployment and an extraordinary, and clearly unanticipated, exodus of many of the country’s over 150 million internal migrants from the city to the countryside. International migrants from neighbouring countries are finding it more difficult to follow suit as borders close. Those who depend on air travel are stranded. Migrants who work in global food supply chains may retain their jobs as governments designate these as essential services. Canada, for example, has quickly reversed its ban on the temporary farmworker program when it realised how it would decimate fruit and vegetable farming in Ontario and British Columbia.

Lay-offs and unemployment, to which many migrant workers are especially vulnerable, will have an immediate impact on global remittance flows as migrants husband their limited resources and remit less. During the financial crisis of 2007-8, there was a marked (but temporary) decline in remittance flows. An even greater dip can be expected over the course of the next year or so. Collectively migrants remitted a record USD689 billion in 2019 (of which nearly 80% went to LMICs). These flows of cash are critically important to the livelihoods and food security of sending households and communities.   As a vital development resource, fewer remittances mean greater food insecurity, reduced access to education and medical care, and reduced ability to cope with the consequences of COVID-19 itself.

Finally, xenophobia has been on the rise in both the Global North and Global South and there is a pervasive strain in xenophobic discourse that attributes the spread of disease to migrants. While the global spread of COVID-19 is commonly attributed to the hyper-mobility of tourists, some migrants are also being blamed and stigmatized by states. Trump’s labelling of SARS-CoV-2 as the “foreign virus”, “Wuhan virus” and “Chinese virus” are symptomatic of a broader politics of blame, licensing reported incidents of assault and harassment. There have also been reports that Chinese workers in the high-end fashion industry are blamed for the COVID-19 catastrophe in northern Italy. When South Africa began its three-week lockdown and allowed informal shops (spazas) to stay open, it initially excluded those owned by “foreigners.”

The disruptive impacts of responses to COVID-19 on global and intra-regional migration, as well as various migration corridors, have been massive will continue for the foreseeable future.