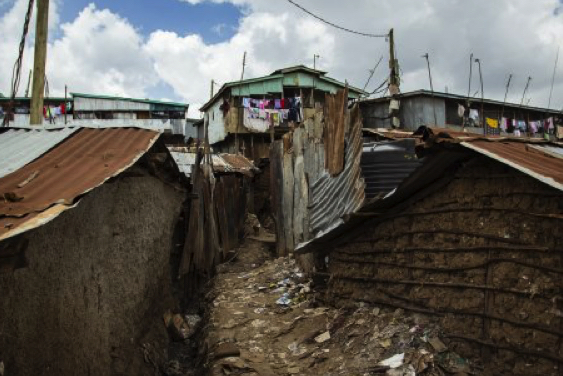 In our increasingly interconnected world, outbreaks of infectious diseases – such as Ebola, SARS and now the current coronavirus (COVID-19) – can quickly turn from epidemics (spreading rapidly) to pandemics (spreading cross-continent, or globally). Densely packed urban environments where humans live alongside bats, rodents, birds, pets and domestic animals are especially fertile grounds for the spread of new disease. Here, viruses – or indeed other pathogens – can easily jump from species to species and evolve to be infectious to multiple hosts.

While scientists cannot say for sure where and in what species COVID-19 acquired the ability to infect humans, the outbreak has been traced to a ‘wet’ market in the Chinese city of Wuhan. The image of packed humid marketplaces selling dead and live animals, where people bustle down narrow aisles with wet, slippery floors have thrust these traditional markets into the global spotlight.

But are calls to abolish wet markets fair?  Wet markets can provide valuable nutrition to urban communities. Recognising their role in urban food security, China has invested heavily in upgrading many of its cities’ traditional food markets. Wet markets are considered part of the informal food trade that is often blamed for contributing to spreading disease. But as documented in an issue paper in the latest edition of the Environment & Urbanization journal, evidence shows the link between informal markets and disease is not always so clear cut. And rather than pointing the finger at wet markets, we must look at the wild animal trade – for it is wild animals rather than farmed animals that are the natural hosts of many viruses. Indeed, China has responded with a “comprehensive” ban on the trade and assumption of wild animals.

So far, COVID-19 has been reported in only high- and middle-income nations where effective health systems are in place, and conditions are generally sanitary. But what will happen if the disease spreads to cities in low-income nations? Many low-income settlements lack basic infrastructure and services. Unsafe water, inadequate sanitation, open drainage and refuse dumps are all factors attracting rodents and other parasites. These are prime reasons for the high prevalence of infectious diseases. In crowded spaces, people are forced to share accommodation and – when available – toilets. Residents are constantly on the move, often travelling on packed mini-buses – to workplaces within settlements, between settlements, between the city and rural homes. Attempting to control this kind of movement would be extremely difficult.

The emergence of COVID-19 in low-income cities would present the classic ‘wicked problem’ and would, without doubt, be a major challenge to contain. For example, current recommendations for preventing the spread of the disease include washing hands frequently – but this is extremely difficult where clean water access is limited. Isolation is another recommendation – but this is almost impossible to put into practice in settlements where population density is extremely high. Self-quarantining – staying at home for at least 14 days – is scarcely an option for the urban poor who often rely on daily wages from casual labour.

Short-term efforts are focused on containing the spread of infection. The longer term – given that new infectious diseases will likely continue to spread rapidly into and within cities – calls for an overhaul of current approaches to urban planning and development. Low-income settlements need more effective infrastructure. Often labelled by city authorities as ‘informal’ or ‘illegal’, these settlements do not receive investment for basic services such as piped water, sanitation or electricity. They are not served by primary healthcare facilities or regular solid waste collection. And yet these settlements often house over half of a city’s population, being the only affordable option for many residents.

Recognising the existence of affordable (though grossly inadequate) forms of housing that in effect subsidise labour costs for the rest of the city’s inhabitants is a first step not only towards addressing the challenging living conditions of low-income settlements, but as a way of helping contain the spread of new and deadly contagious disease.

*University of Liverpool; **International Institute for Environment and Development, London­

This blog first appeared at https://www.iied.org/coronavirus-threat-looms-large-for-low-income-cities and is reproduced here with permission.